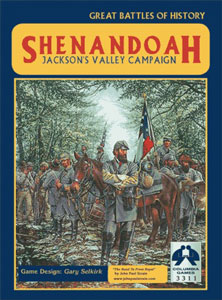 The CSA player has the advantage of central position, but must use it aggressively to prevent the Union armies from combining against him. The USA player has a clear advantage in numbers, but must cope with a command system that penalizes the wide separation of his three forces.