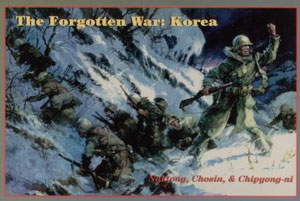 Each scenario is provided with its own map and sheet of counters. The scenarios are: The Naktong Bulge: August 1950; Chosin: November 1950; and Hedgehog at Chipyong-Ni: February 1951.