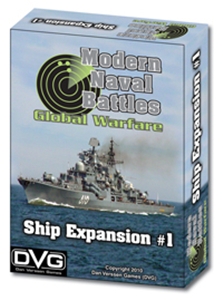 These cards do not require any new or special rules, just add them to your fleets and you are ready to play even bigger battles.