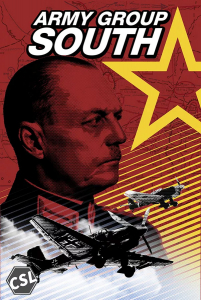 Army Group South is game 3 of the Barbarossa trilogy of games that can be combined together as a mini-monster. Each game by itself is a straight forward operational simulation of each theater, and all 3 games share the exact same rules allowing for easy integration. Units are Army through Regiment sized and some air formations.

Army Group South covers Von Rundstedt’s extended trek towards the Caucasus. AGS had the largest theater of operations and the highest expectations placed upon them compared to the other Army groups. While assisted by the Hungarian and Romanian armies, the best executed armored breakthroughs only went so far once the fuel trucks could not keep up with the Panzers.

These series of games will be part of the Destroy All Monsters Operational Series WW2 system.