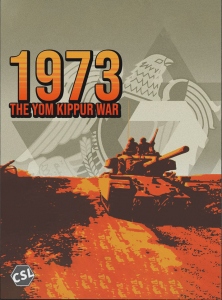 The fifth installment of the Procedural Combat Series sees a return to historical conflict in another one of the cold war’s most iconic campaigns. A well trained, well-armed, but unprepared Israel must defend herself against a horde of multinational coalition of Arab Governments bent on her destruction. 1973 features a highly mobile campaign with a realistic treatment of air operations. Some support units are included in the OOB as to give players a chance to experience how new weapons systems for the time had an impact on the battlespace. Moving the PCS series to a desert environment gives Mech and Motorized troops a huge level of freedom in terms of maneuver.