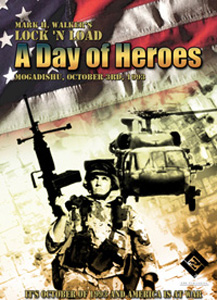 It's October 3rd, 1993 and a combined team of Rangers and Delta Force soldiers drop into the throat of Somalia’s capital, Mogadishu. The Americans mission was to capture two Aidid lieutenants and get out. Unfortunately, that wasn’t the way it played out. Twenty-four hours later, with seventeen Americans and an estimated 1,000 or more Somalis (many of them civilians) dead, the battle was over.