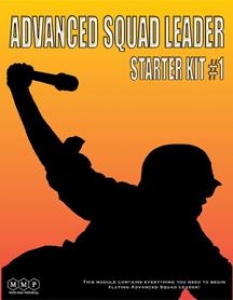 June 7, 1944... On D+1, the 101st Airborne found itself embroiled in a two-fold effort: consolidating its units which were scattered all over the Cotentin Peninsula and establishing a firm eastern perimeter to protect the American landing at Utah Beach. Vierville, which lay a few miles inland from Utah Beach, had been liberated by American units on D-Day. Vierville was a major traffic thoroughfare since the southwesternly road which passed through Vierville led from Utah Beach to the German strongpoint of St. Come du Mont. On the morning of June 7, elements of the 2nd Battalion, 506th PIR moved out from Vierville towards St. Come du Mont, leaving Vierville virtually unoccupied. The Germans took this opportunity to launch a series of counterattacks on Vierville in hopes of cutting the road to St. Come du Mont...

September 26, 1942... During the summer months of 1942, German forces had advanced nearly unchecked across the Russian steppes. With Russian resistance west of the Don River broken, Hitler ordered Army Group B to capture Stalingrad. Using the traditional German tactics of lightning thrusts and envelopment, and with the Russians retreating before them, Sixth Army commander Paulus sent an armored spearhead into the suburbs of Stalingrad in an attempt to quickly capture the city. The German tactics failed inside the confines of the city, however, as the Russians were able to dig in and fight from every building. The initial spearhead blunted, the Germans committed more units and soon realized that this was a very different battle from what they had been fighting. The confines of the city stifled manoeuvre, and German superiority in artillery, air power, and armor were rendered ineffective as the infantry of both sides intermingled while fighting for each block of the city. This was Rattenkrieg--the war of the rats.

ASL S06 Released from the East