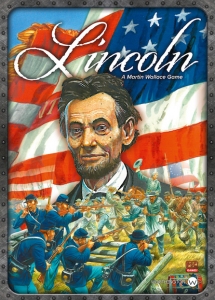 Game play uses point-to-point movement and area control, hidden army strengths, and decks of cards providing the command choices and luck; there are no dice. The Union and Confederate players each have their own card decks, reflecting the relative strengths and weaknesses of both sides. The Union player must do all the running to win the game by the time they have cycled through the Union card deck for the third time, having accumulated the required amount of victory points by capturing Confederate controlled areas, as well as squeezing the Confederate player with a naval blockade. The Confederate player must hold on and thwart the North's victory ambitions to win!

Cards have multiple uses and can be recycled if used one way but during the course of the game you have to decide which cards are going to be permanently sacrificed from your deck cycle to allow you to build units.