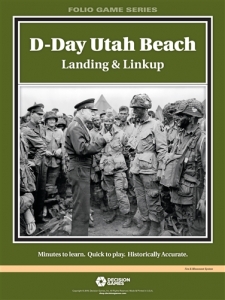 Utah Beach, a late addition to the invasion, was envisioned as both flank protection for the main landings and a launching pad for the capture of the port at Cherbourg. The Allied player uses airborne drops and amphibious landings to secure a large beachhead, including capture of the city of Carentan. The German player must use the limited forces available to prevent it.