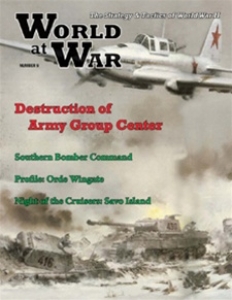 The Destruction of Army Group Center

This new version of DAGC is a thorough redesign, by Ty Bomba, of the game originally published by old-SPI in the early 1970s. The campaign under examination is “Operation Bagration,” the Red Army’s summer offensive of 1944 during which they destroyed more German manpower and equipment than had been lost at Stalingrad.

I Remember: Tarawa from the Ground Up