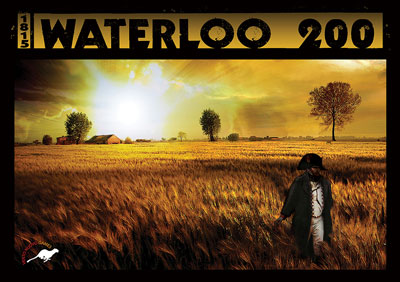 WATERLOO 200 is a light wargame covering the last battle fought - and lost - by Napoleon on 18th June 1815, just before his second and ultimate abdication. Units represent all the historical Infantry and Cavalry Brigades, Artillery and Major Leaders involved in the battle, from the morning to evening in that 10-hour long carnage. Although based on a historical event, the players in command of the two sides can modify the course of History in early XIX Century Europe. The game is recommended for two or three players, but has excellent solitaire suitability.