War of the Worlds: France 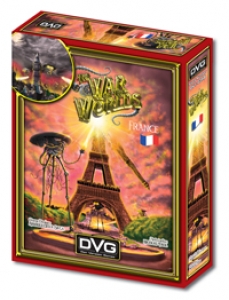 While France enjoyed quality soldiers and equipment, it suffered from a lack of quality leadership. In the game, French forces are less expensive, but also less skilled. This will make their battles larger than English battles, but they will also suffer more casualties. They have the standard 4 PP cost to build Harbors, but must pay 3 PP instead of 2 PP to move Units during the Production step. Again, reflecting the lack of effective leadership. The Martians receive 4 Tripods in each Wave.