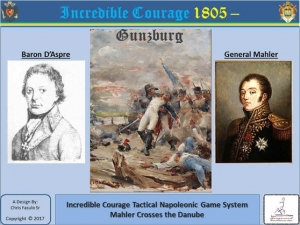 This battle deals with the situation at the start of the Battle for Ulm and the French cutting off of the Austrians. General Mahler of Marshall Ney's VI Corps is ordered to the south bank of the Danube.