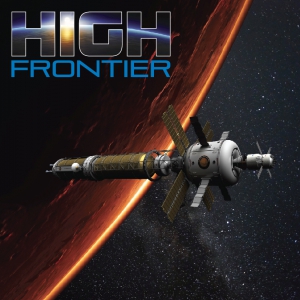 Not too long from now, manufacturing techniques conducted exclusively in space will allow the creation of incredible new materials, which will enable amazing advancements and improvements to the human condition. Some people, and the corporations that they control, will recognize the tremendous profits to be made from these materials, as will governments. These entities will race to set up manufacturing facilities in space, particularly on asteroids within our solar system.

To enable this process, space-based enterprises must accumulate water in orbiting fuel depots that can be used as rocket propellant. Water in low Earth orbit is the key to success for these enterprises. At first, water must be taken from Earth, at tremendously high cost. But in time, water can and will also be manufactured on Earth's moon, Mars, and other bodies within the solar system, at a much lower cost. But to do this, you must first discover how; and the first to do so will gain the profitable high-ground in the coming exo-globalization!

High Frontier is the third edition of Phil Eklund's game of exploration and exploitation of our solar system, and is considered to be the most realistic simulation of rocket travel ever published.

The first edition of High Frontier was originally titled Rocket Flight, AKA Lords of the High Frontier in 1999. It was a desk-top produced game with great potential. A community of fans coalesced around the game, and eventually a second edition was produced in 2010, redubbed simply, High Frontier. The second edition was a vast improvement over the first, having had 10 more years of development and play from the game's dedicated community (located here). It also went from desk-top status to actual board game in a box with good quality components.

Now, One Small Step intends to bring you the definitive version of this game. Five additional years of honing, shaping, play-testing, and development has brought High Frontier to a point where the designer as well as the players believe the system has stabilized, with minimum likelihood of additional major rules changes or alterations to the game.

Additionally, there will be no Kickstarter Stretch Goals designed to improve component quality. We intend to produce this game, regardless of funding level accomplished, to the highest possible material standards. This will include mounted playing surfaces, high GSM thickness paper, and the best possible wooden and plastic materials available.

Players represent space-faring factions of Earth. These factions bid for patents in the form of space technology cards and boost them into Low Earth Orbit (LEO). These are then assembled into rockets and their cargoes. Once fueled with water tanks (WTs), these rockets fly to promising industrial and science sites (planets, asteroids, etc.). If prospecting succeeds, a claim is made. A claim can be upgraded to a factory to produce useful new technologies. By extracting water from a site, a rocket can refuel (WTs are used both as rocket propellant and as currency). The winner is determined by the number of his off-world claims and factories, the resource value of his industrialized sites, and his exploration achievements (ventures and glories).

The full-sized, full-color, mounted map shows the spaces (i.e. the orbits in the Solar System where a rocket can "halt"), and the routes between the spaces. Spaces include Sites (planets, moons and asteroids that can be landed on), Intersections (the intersection between two routes), Burns (Lagrange Points and Lander points), Aerobrake Routes (routes that have special coasting rules) and Heliocentric Zones (these divide the solar system into concentric zones to mark the decreasing solar energy as you move further away from the sun.)

Each player starts with a Playmat, used to store his cards and his WTs (water tanks stored in a WT depot in your home orbit, used for money and fueling). It contains a Fuel Strip and Acceleration Track (used to keep track of the fuel and net thrust of his Rocket Stack). The Solar System Charts contain the five Exploitation Tracks.

On your turn, you may move your spacecraft, perform operations, and perform free actions. In the Basic Game, you are allowed two spacecraft (your rocket and your freighter), one operation, and any number of free actions. The advanced game will make additional spacecraft and operations available. Moves and operations can be taken in any order. For instance, you may move your rocket, take an operation, and then move your freighter. When your turn is complete, play passes to the next player in clockwise order. Free Actions include cargo transfers, home orbit refueling, Liquidate Fuel, and so forth.

The 3rd edition is the definitive edition of High Frontier including:

One 8.5x11 solar system chart mounted on high-quality board